Federal agents are reinvestigating the backgrounds of dozens of Syrian refugees already in the United States after discovering a lapse in vetting that allowed some who had potentially negative information in their files to enter the country, two U.S. law enforcement officials said.

President Donald Trump is expected to order the construction of the Mexican border wall on Wednesday and sign executive orders that include a temporary ban on most refugees.

Mr Trump will visit the Department of Homeland Security on Wednesday where it is thought he will order federal funds to be allocated towards the building of a wall, one of his signature campaign promises, along America’s southern border with Mexico.
http://www.telegraph.co.uk/news/2017/01/25/donald-trump-expected-order-construction-mexican-wall-temporary/

How a discarded laptop proves terror network behind Brussels and Paris attacks had links with ISIS in Syria, planned another atrocity and had been targeting Jewish plane passengers

By Julian Robinson for MailOnline

A laptop discarded by the terror network behind the Brussels and Paris attacks revealed how they had links with top ISIS commanders in Syria – and were planning another attack.

The computer was found two hours after a team of ISIS suicide bombers murdered 32 people at Brussels Airport and on the city’s Metro system on March 22 last year.

The U.S. Army’s ground combat systems risk being surpassed by those being developed by foreign countries such as Russia and China, according to a new report from the nonpartisan Congressional Research Service.

Kaspersky Lab, a world-leading cyber security firm based in Moscow,confirmed the arrest of Ruslan Stoyanov, the head of its computer incidents investigations team, on Wednesday.

“The case against this employee does not involve Kaspersky lab. This employee… is under investigation for a period predating his employment at Kasperky Lab,” the company said in a statement

Two airlines sanctioned by the United States for enabling Iran’s global terrorist operations appear to have played a central role in moving illicit missile components from Ukraine to the Islamic Republic, according to information obtained by the Washington Free Beacon.

The State Department announced Tuesday that it will review the last-minute decision by former Secretary of State John Kerry to send $221 million to the Palestinians late last week over the objections of congressional Republicans.

The department said it would look at the payment and might make adjustments to ensure it comports with the Trump administration’s priorities.

For Mr. Trump, reopening negotiations to build the cross-country pipelines was all about the jobs agenda that has dominated his first days in office.

Police swooped on 12 homes and other sites in six states “as part of a federal investigation on suspicion of forming a right-wing extremist organization,” the prosecutor’s office said in a statement.

KUWAIT (Reuters) – Kuwait hanged a prince in the ruling Al-Sabah family on Wednesday for premeditated murder, state news agency KUNA reported, in what appeared to be the fist execution of a member of the royal family in the Gulf state.

Sheikh Faisal Abdullah Al-Jaber Al-Sabah was hanged at Kuwait’s central prison alongside six other prisoners, including a woman convicted of killing dozens of people at her husband’s wedding to second wife.

Al-Sabah’s crime was “premeditated murder and possession of a firearm and ammunition without a license,” KUNA said.

Lawmakers from Italy’s anti-establishment 5-Star Movement on Wednesday called for immediate elections after the Constitutional Court ruled that the current voting system was invalid.

“The court has told us what we have to do to give the country an electoral law that at least respects the constitution, now we must respect the court and hold elections,” prominent 5-Star Senator Nicola Morra wrote on Facebook.

A crowd gathers near the Dayah Hotel after it was heavily damaged by bomb blasts on Wednesday in Mogadishu, Somalia.

Al-Shabab militants have claimed responsibility for deadly explosions that ripped through a hotel in Somalia’s capital, Mogadishu, on Wednesday.

News reports on the death toll varied, with numbers ranging from at least eight to 28. More than a dozen people were wounded.

Trump clamps down on federal agencies

The Trump administration is clamping down on public communications by agencies as it seeks to assert control over the federal bureaucracy.

New restrictions on social media use and interaction with press and lawmakers at the Environmental Protection Agency (EPA) and the departments of Commerce, Health and Human Services, Agriculture and the Interior have sparked concerns of a President Trump-backed effort to silence dissenting views. 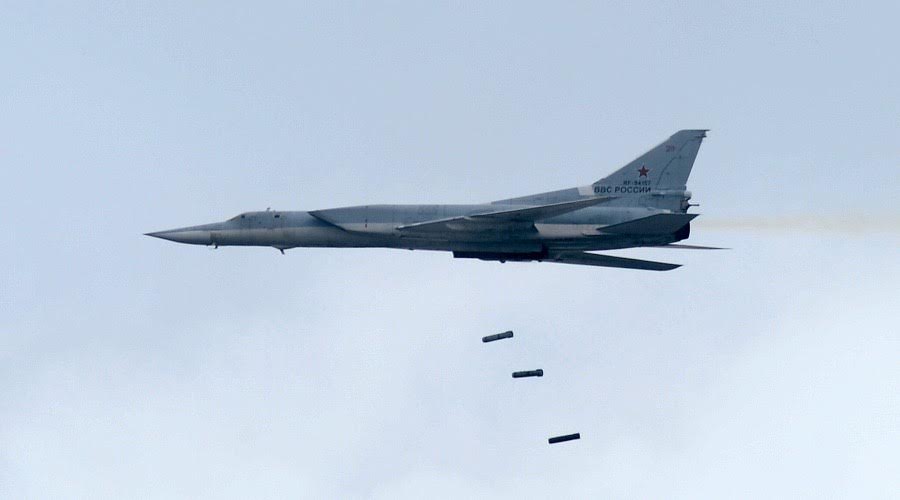 The precision strategic long-range strike crossed Iranian and Iraqi airspace and, according to the Russian MoD, the targets (terrorist group’s command centers, weapon stockpiles and armored vehicles) were completely destroyed.

The Russian Defense Ministry reported that the six bombers were supported by a fighter escort (four Su-30SMs) launched from the Russian base at Khmeimim (Hmeimim Air Base) in western Syria.

Shortly after receiving the oath from Vice President Mike Pence, she met with her boss, President Donald Trump, in the Oval Office.

The dystopian vision of George Soros, billionaire funder of the Lefthttps://www.city-journal.org/html/connoisseur-chaos-14954.html