CNN has been accused of inciting violence against Donald Trump after the network said an Obama appointee would take over if the president-elect was killed at his inauguration.

Wednesday’s startling report, titled ‘Disaster could put Obama appointee in Oval Office,’ speculated on what might happen if Trump, Mike Pence and the Congressional leaders were all killed during the ceremony.

During the segment they also used scenes from ABC show ‘Designated Survivor’, which depicts what would happen if the Capitol building – the venue for Trump’s swearing in – was bombed and the Commander-in-chief killed.

The report concluded that a Democrat would take the vice-president’s place in the White House in the event of such an attack, worrying some that venomous anti-Trump protesters might attempt a treasonous attack on the event.

[Editor’s Note: CNN has committed a crime and should be prosecuted.] 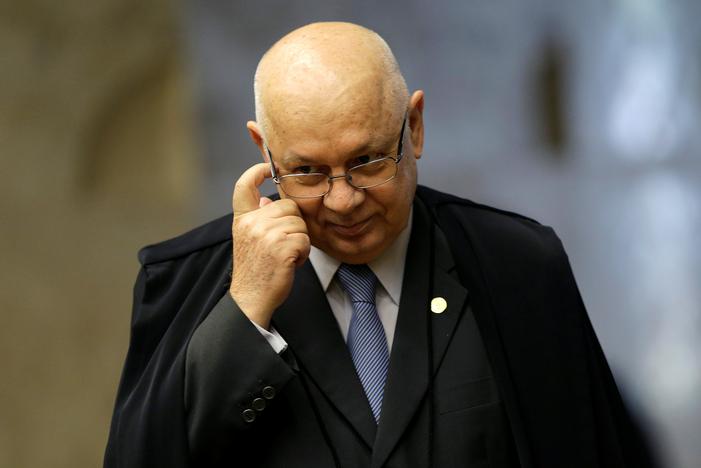 By Raquel Stenzel and Brad Brooks | SAO PAULO
Brazilian Supreme Court Justice Teori Zavascki was killed in a plane crash on Thursday, raising questions about who will take over his investigation into dozens of politicians in the country’s biggest ever corruption scandal.

Rescuers found three bodies in the wreckage of the small, twin-prop plane that crashed off the coast of Rio de Janeiro state amid heavy rains, firefighters said.

Zavascki, 68, had in recent weeks been reviewing explosive testimony from executives at engineering group Odebrecht, expected to implicate hundreds of politicians in a scandal involving kickbacks on contracts at state-run enterprises.

The dual-propeller Hawker Beechcraft C90GT carrying Zavascki left a Sao Paulo airport around 1 p.m. (1500 GMT). It crashed into the sea about 80 minutes later near its destination in the tourist town of Paraty, according to air force and civil aviation authorities.

Cyber warfare is rapidly becoming part of the modern military and political arsenal of many nations including the United States. US President Donald Trump wants to stop cyber attacks. He is bringing in top corporate experts as advisers and has asked former New York mayor Rudolph Giuliani to act as his eyes and ears.

There are many kinds of cyber attacks and perpetrators with various complex political, economic and military goals. But the most dangerous. assaults are those that would impact the balance of power by damaging a state’s critical infrastructure. 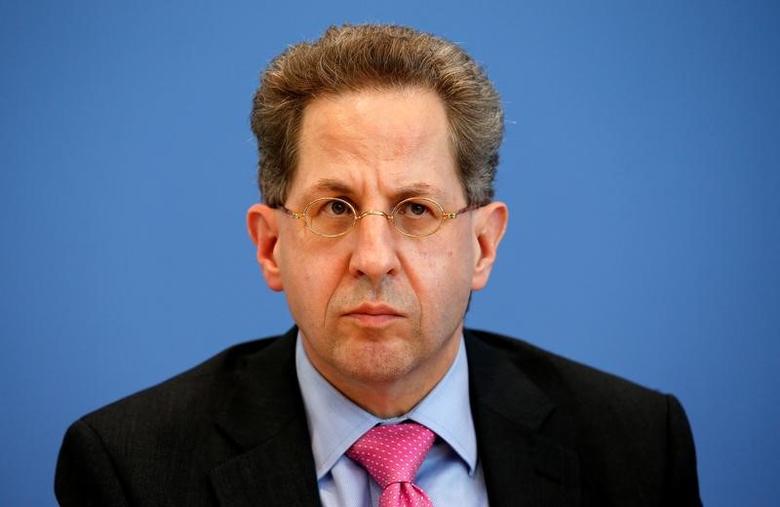 Hans-Georg Maassen, Germany’s head of the German Federal Office for the Protection of the Constitution (Bundesamt fuer Verfassungsschutz) addresses a news conference to introduce the agency’s 2015 report on threats to the constitution in Berlin, Germany, June 28, 2016.REUTERS/Fabrizio Bensch – RTX2IODR
By Andrea Shalal | BERLIN

Germany will not tolerate Turkish intelligence operations within its borders, the head of the country’s domestic spy agency said on Thursday after its chief prosecutor launched an investigation into possible spying by Turkish clerics.

Hans-Georg Maassen said Berlin was very concerned about recent developments in Turkey, as well as “influence operations” directed against the Turkish minority in Germany or Germans with a Turkish migration background.

“We cannot accept that intelligence agencies are operating in Germany against German interests, and that is why we protest,” Maassen told reporters in Berlin.

German police have arrested a 31-year-old Turkish man who is suspected of providing information on Kurds living in Germany to Turkish intelligence agencies, the German federal prosecutor’s office announced on Friday.

The arrest could exacerbate tensions between NATO partners Germany and Turkey, which has accused Berlin of harboring militants from the Kurdistan Workers Party (PKK) – fighting a three-decade-old armed campaign for autonomy – and far-leftists of the DHKP-C, which has carried out attacks in Turkey.

The prosecutor’s office said in a statement police had arrested the man, identified only by the initials M.S., in Hamburg on Thursday and searched his home.

“The accused is strongly suspected of working for the Turkish intelligence agency and providing information about Kurds living in Germany, including their whereabouts, contacts and political activities,” it said.

President Obama authorized the action. Most of the terrorists targeted had escaped Sirte after extensive military actions there.

The aircraft can reach speeds of Mach 2.23 and fly as high as 19,000 meters.The MiG-35 also has a set of avionics which enables the use of every available type of weapon against aerial, ground and surface targets.https://www.youtube.com/watch?v=kfAtSUlTjMMhttp://www.dailystar.co.uk/news/latest-news/579656/Russia-war-super-jet-new-plane-fastest-deadliest-plane-on-earth

The “Peace Conference”: An Outright Admission of Failure

After 23 years and billions of dollars, the Palestinians still lack “infrastructure for a viable… economy.” They cannot manage “service delivery.” And there is no “civil society” in Palestinian Authority (PA) areas able to express dissent or disapproval of Mahmoud Abbas’s 12-year power grab of a 4-year presidential term. Gaza under Hamas is worse.

Aircraft carriers in Asia: How they are taking shape

By RICHARD A. BITZINGER

Aircraft carriers, it seems, are all the rage nowadays in Asia. Long written off by some as bulky, oversized “cruise missile magnets,” the flattop appears to be enjoying a new lease-of-life as of late.

Until quite recently, only two nations in the Asia-Pacific operated fixed-wing carriers: India with a 50-year-old-plus ex-British carrier; and Thailand with its “pocket carrier,” the Chakri Nareubet. Both vessels could only operate aging Harrier jump jets, and most of these aircraft were in fact long inoperable.

Why is the South China Sea so important to the US?

Fending off Beijing’s claims is more than just a matter of legal principle, it underpins the Asian alliances that make Washington a global power

Donald Trump’s nominee for Secretary of State Rex Tillerson made some surprising remarks about China and the South China Sea during his recent Senate confirmation hearings. He said the US should “send China a clear signal that, first, the island-building stops, and second, your access to those islands also is not going to be allowed.”

His comments created a furor in the international media as it seems the US might resort to force by blockading the Chinese-occupied features in the South China Sea.

ISTANBUL—Russian and Turkish jets carried out coordinated airstrikes against Islamic State targets in the northern Syrian city of al-Bab Wednesday, in what Russia’s defense ministry described as the first such air operation between the two countries.

“Everything was agreed ahead of time via the General Staffs and commanders of the aviation groups of the two countries,” said Russian Lt. Gen. Sergei Rudskoy in a statement.

The two countries have worked in greater cooperation since Moscow and Ankara brokered a cease-fire that largely ended hostilities in Aleppo between forces loyal to Syrian President Bashar al-Assad and the rebel groups fighting him.

F-16 Fighting Falcons during exercises at the Air Force base in Lask, Poland © Agencja Gazeta / Reuters
While Poland works on amassing an army capable of countering alleged “military pressure” from Russia, it will need US and NATO reinforcements as a “guarantee of independence,” according to Polish Defense Minister Antoni Macierewicz.
TrendsRussia-NATO relations

“[NATO and US troops] are the guarantee of Poland’s physical independence from military pressure exerted by Russia, until we build our own armed forces, until we can manage entirely in our own dimension,” the minister told journalists at a press conference broadcast by Republika TV channel, as cited by Reuters.

Macierewicz stressed that Poland needs to strive to reach the point where its own armed forces are capable of defending the country without external help, noting that its army is currently being actively revamped “both by means of modernization, and by increasing the number [of troops and equipment].”

Among the more than 200 commutations handed out yesterday, President Obama commuted the sentence of Oscar López Rivera, a member of Fuerzas Armadas de Liberación Nacional Puertorriqueña (FALN), a Marxist-Leninist terrorist group advocating Puerto Rican independence. He is set to be released May 17.

FALN was responsible for more than 130 bombings in the United States that killed four people and seriously injured police officers.

Lockheed Martin Corp and the U.S. Department of Defense are nearing a deal for an F-35 contract worth nearly $9 billion after prolonged negotiations to bring the price for the fighter jet to below $100 million, sources close to the deal told Reuters Wednesday. The move comes amid President-elect Donald Trump’s disapproval over the costs of the fighter jets.

People familiar with the matter told Reuters that discussions are ongoing for the tenth batch of the F-35s, which is the Pentagon’s costliest arms program with a price tag of $400 billion. A deal for 90 planes is expected to be announced by the end of this month. However, representatives of Lockheed are yet to comment on any negotiations or deals.

The U.S. Defense Department expects to spend $391 billion in the coming decades to develop and buy 2,443 F-35 fighter jets.

Military officials say the rogue state wants to send a “strategic message” to the incoming US President  by timing launches to ruin his big day tomorrow.

In a statement, South Korea’s Joint Chief of Staff said the reports could not be confirmed but said the military was monitoring the situation closely.

However, according to news reports in South Korea two missiles have already been placed on mobile launchers.

The devices “are estimated to not exceed 15 meters (50 feet) in length, making them shorter than the North’s existing ICBMs.”

Marine Le Pen is gaining support in France and has taken the lead in a major survey of voters’ intentions for the first round of the presidential election.

The populist leader of the National Front had between 25 percent and 26 percent support compared with 23 percent to 25 percent for Republican candidate Francois Fillon, according to an Ipsos Sopra Steria poll for Cevipof and Le Monde. In mid-December, Fillon led with about 28 percent and Le Pen around 25 percent.

British tanks sent through Channel Tunnel to prepare for war

© Ministry of Defense / Twitter
Tanks have been sent through the Channel Tunnel in a secret midnight training operation to prepare for war in Europe.

Five vehicles in total were loaded onto trains, sent through, and then returned to the UK overnight on Wednesday.

Five different types of vehicle were sent in order to ensure that a range of armor could be transported.

A Warrior armored fighting vehicle, a recovery variant of the Warrior, a Challenger 2 main battle tank (MBT), a recovery Challenger, and a reconnaissance vehicle were loaded onto a train at the military’s railhead in Wiltshire for the test journey.

Israeli navy patrol vessels take part in a drill simulating the targeting of an infiltrated enemy vessel and the evacuation of a patrol boat, in the Mediterranean Sea off the coast of Ashdod, southern Israel November 8, 2016. © Amir Cohen / Reuters
Tel Aviv is increasing spending on the Navy to protect its offshore oil and gas deposits better and secure a large maritime area neighboring Lebanon, Reuters reports.

Israel reportedly wants to explore 24 offshore blocks in the eastern Mediterranean that adjoin the Leviathan deposit. Tel Aviv estimates there are 2,137 billion cubic meters of undiscovered gas and 6.6 billion barrels of oil in the region.