A Nuclear Deterrent for South Korea and Japan

by Stephen Bryen and Rachel Ehrenfeld, American Center for Democracy

Can the United States provide sufficient help to offset the growing North Korean and Chinese threat to the independence and security of South Korea and Japan? It can. It should put Pershing missiles in both countries.

The U.S. has shown some determination by flying B-1B nuclear bombers over South Korea.  But they departed almost as soon as they arrived, and while a point was made it had no impact on North Korea’s programs.

North Korea is increasingly on the brink of becoming a real nuclear power which it will be once it has demonstrated a nuclear delivery system that works.  When that happens, which could be soon South Korea and Japan will be in a very bad spot.  The North Koreans will then start making demands including reducing or removing America’s troop presence in both countries.  One can anticipate that leftist elements in both South Korea and Japan will come out of the woodwork in force, pushing their governments to accept North Korea’s demands.

The problem for Japan includes China too.  If the U.S. is asked to leave Japan, that country will be hostage not only to North Korean pressure but even more so to China.  Japan will shift from being a major U.S. ally, to a neutral country within the Chinese orbit.  The political, economic and strategic consequences of such a possible shift are immense.  For some time, as U.S. power in the Pacific dissipates and as China expands its influence, Asian countries grow extremely nervous.  A combination punch from both North Korea and China could be all that is needed for Japan to fall away from the United States.

South Korea is also in a very bad situation.  The South Koreans know that even without nuclear weapons and with only an outdated air force North Korea directly threatens much of the industrial heartland of South Korea.  Its long range artillery and missiles are strategically sited overlooking even the South Korean capital, Seoul.  With North Korea having deliverable nuclear weapons the existing threat mutates into one that is truly overbearing.

Is there an answer? Can the U.S. provide sufficient help to both countries to offset the growing threat to their independence and security?

In the early 1980’s the U.S. was faced with a similar problem in respect to Europe and particularly Germany.  By then the Soviet Union had moved SS-20 mobile, multi-warhead nuclear-tipped missiles in range of Germany.  As early as 1977 then German Chancellor Helmut Schmidt called for a deterrent to the SS-20s.  The Reagan administration responded by offering the Pershing II missile.  Unlike the SS-20, the Pershing II had only one nuclear warhead. Nevertheless, the presence of the missile was enough to deter the Soviets. Eventually –  by putting in place, a real offset to the SS-20 threat – Russia and the U.S. agreed to an arms deal that saw both the Russian and American missiles scrapped.

But, as we know, there was a big fight over the Pershing deployment in the early 1980’s.  A surging leftist movement in Europe, fed by the Communists, attempted through protests and political action to force the German government to refuse the missiles. Marvin Kalb, then a top reporter for NBC News, worried that the leftist movement was “becoming a major force in Europe.”  He thought the left would win and, indeed, had the left won the fight it is unlikely the NATO alliance could have survived the political backlash.

Today, the U.S. needs to deploy missile based deterrents like the Pershing II on both Japanese and South Korean soil.  This is the only sure way to show its determination to North Korea, and for them to understand that the U.S. intends to actively protect the security of both countries.  Not only will such a deployment protect our interests and theirs, but it will go a long way to avoid a strategic deterioration in Korea and Japan that could spark a nuclear conflict the US could not contain.

Without deploying a land-based deterrent, no amount of words from the U.S.  is likely to deter North Korea or avoid a much bigger future crisis. 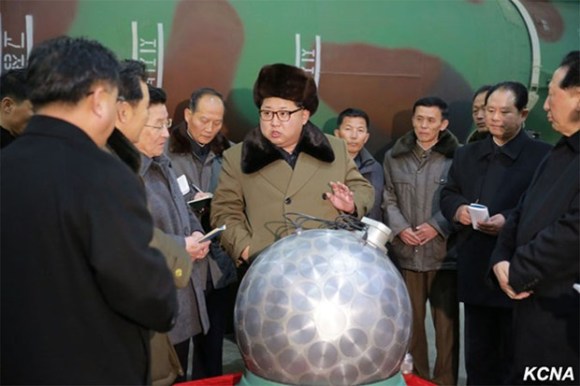 One thought on “A Nuclear Deterrent for South Korea and Japan”