Militants Bans Device Fearing it Makes Them Vulnerable to Missile Attacks
By MOHAMED AHMED 04/19/2011, SomaliaReport
Somalia’s hardline militant group, al-Shabaab, has banned the iPhone believing the device was responsible for the targeted killing of their leader, Adan Hashi Ayro, by a US missile attack in 2008.

Technology officials monitoring the system have conducted round-the-clock research to discover the identity if the operating system is infected with spyware that may secretly dispatch stored data to intelligence agencies overseas.

Al-Shabaab IT officer, Sakariye, said a group of ten technology experts have now developed tests to identify spyware, “We normally check such devices to eliminate the infidels’ threat. We know they are trying to hunt us one by one.”

The main concern of the group, according to Sakariye, is whether the iPhone is capable of sending communications and data via GPS to a satellite without the owner noticing.

The IT officer calls the iPhone a sensitive device, “We cannot trust the Western industry manufactured device. We are very suspicious of it” he told Somalia Report.

Sakariye refrained from saying whether other phones with the GPS may follow suit in al-Shabaab held regions. When asked how they are going to control mobile phone in one’s pocket he said, “We system and intelligence which is capable of identifying where such devices are kept.”

Al-Shabaab’s local radio stations and websites such as Radio Alfurqaan, Radio Al andalus, Somalimemo.net, and Amiirnuur.com have been writing about this potential ban. Amiirnuur.com has published an article, “Do You Know That The iPhone Is A Spyware?” to warn their supporters that the possible threat from the phone is not just targeted at al-Shabaab but other terrorist and militant groups.

The expected ban will not amuse iPhone users, which al-Shabaab insist are few, “It is a number of less than 0.01 percent so it is useless for our people at all,” said Sakariye. “The decision is based on facts. It is a security threat so we are very cautious of such precarious devices.”

It is not clear whether the insurgent group is going to compensate iPhone users like Mohamed, a resident in Jowhar. “We are not expecting compensation from al-Shabaab because they usually impose orders without a group or individual concern,” he complained.

Al-Shabaab has taken strong measures against and greater control over data dissemination in regions under their control across southern and central Somalia. Early in 2007 it started monitoring phone calls of suspected individuals using Hormud Telecom and internet cyber cafe browsers, including aid agencies, NGOs, and journalists. Hundreds are believed to have been killed when their calls were monitored. 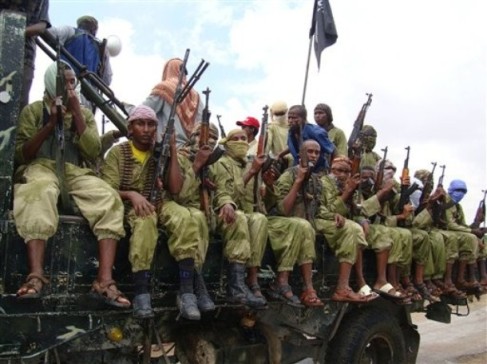 The group’s senior leaders are skeptical of mobile devices given as gifts, including those received from the Mujaheddin or the foreign Jihadists, ever since the killing of Ayro.

One thought on “Al-Shabaab Believes iPhones are SpyPhones”